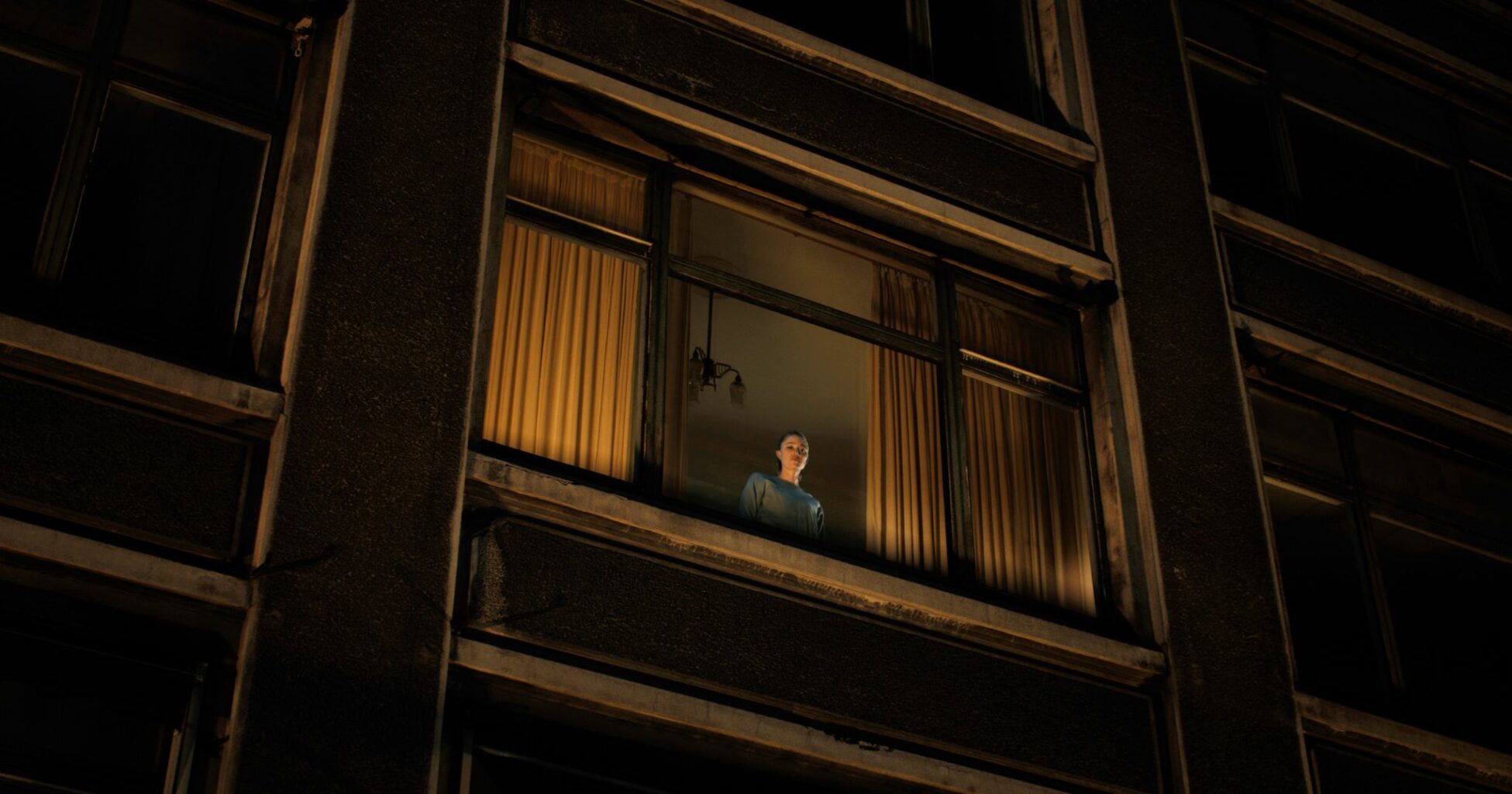 Over the years, cinematic stories wrapped in an unravelling mystery have been quite common. Although they often follow a familiar path, an expertly executed narrative can still deliver an experience many viewers will enjoy. Written and directed by Chloe Okuno, Watcher is a simple thriller with a deliberate pace that manages to succeed in a variety of ways. While it isn’t exceptional by any means, it is still a well-made and entertaining piece of media.

After moving to a new country with her husband, a young woman soon notices a mysterious man watching her from across the street. The lead performer in the picture is Maika Monroe. She is joined by Karl Glusman, Mãdãlina Anea and Burn Gorman.

Watcher is a refreshingly straightforward thriller. Right from the start, audiences are positioned in a narrative that focuses on the claustrophobic situation of an individual in a foreign land. Unlike other similar releases, this is not a film that relies on complicated twists and turns. Instead, we simply follow our protagonist as she deals with the threat that lies in front of her. These factors do cause the story to be quite slow but any scenes that become too monotonous are usually replaced by sequences that are far more engaging. However, it must be noted that even though this movie is enjoyable, it never reaches the level of quality that some people may desire.

Maika Monroe is certainly impressive as a young woman dealing with an anxiety-filled crisis. Her partner in the movie, Karl Glusman may not be as notable in his role but he still plays his part without much to complain about. One negative that is worth mentioning is the relationship of this couple within the film. Their interactions sometimes aren’t believable for a duo that is supposed to be married. However, this is more of an issue with the narrative itself, not their performances, as the script chooses to centre its attention elsewhere. This sacrifice is mostly worth it as the cat and mouse game that takes place is extremely captivating and any additional plotlines may have felt entirely unnecessary.

With Watcher, what you expect is what you get. As such, discussions surrounding it are destined to be as brief as its 90-minute runtime. At the end of the day, this is a decent thriller that thrives in its simplicity. Although, those wishing for more than that will undoubtedly be disappointed.