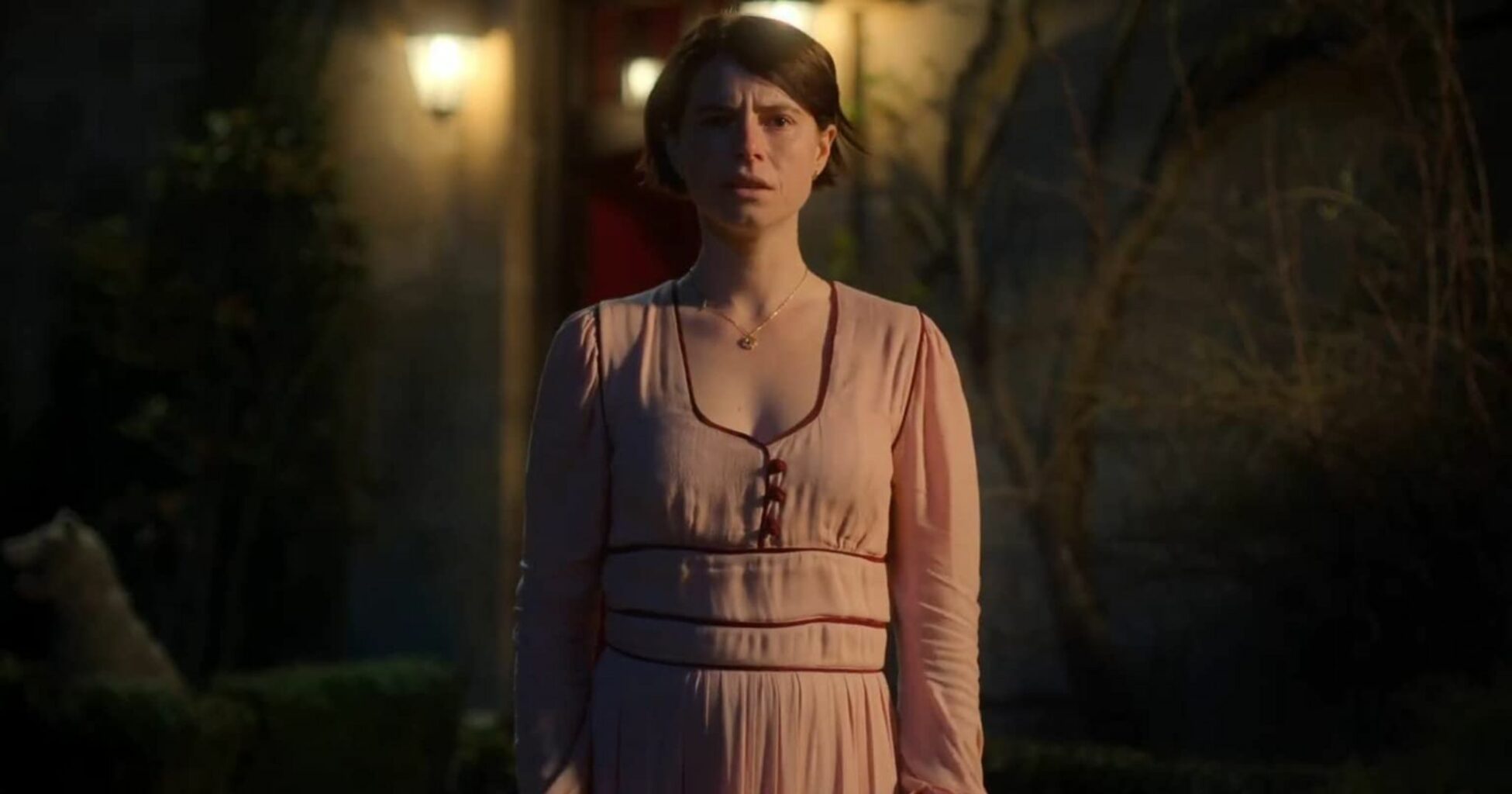 Horror can mean a variety of distinct things for different people. While ghosts and monsters are a staple within the genre, other approaches sometimes include threats that are far more personal. Written and directed by Alex Garland, Men is a tense experience filled with uneven symbolism. Offering an intriguing puzzle that culminates in a vile finale, this well-made feature is quite impressive even if every piece doesn’t fit as neatly as it could.

Travelling to a countryside village following the death of her husband, a young woman soon finds herself tormented by men within the area. The film stars Jessie Buckley. She is supported by Rory Kinnear, Paapa Essiedu and Gayle Rankin.

In some ways, this style of horror movie has been seen before but that doesn’t stop it from being quite impactful. Its impeccable craftsmanship is enough to make this a fine picture indeed. Alex Garland clearly is a talented individual and he has once again surrounded himself with a skilled crew. Moreover, the cinematography of Rob Hardy positions us in a green hell that is both beautiful and scary. Accompanying the visuals is an absolutely hypnotizing score by Ben Salisbury and Geoff Barrow. Their music utilises a variety of diegetic elements to elevate the atmosphere of this horrifying scenario.

Beyond the film’s technical aspects, one important point to focus on is the incredible tension that it manages to build in a few important scenes. Unfortunately, this dread doesn’t last the full 100-minute runtime but we will speak more about the final act a little later. The production of anxiety is largely in service of the film’s core theme. We won’t spoil what it is but it does become obvious pretty quickly. The transparent nature of the symbolism employed is sometimes a little forced but the performances of the cast are so good that you will be (mostly) immersed in the narrative presented.

Jessie Buckley is a wonderful protagonist that is able to convey emotion across a wide spectrum. Perhaps most magnificent during quieter occasions, she is without a doubt one of the best actors working today. Alongside her, Rory Kinnear is stunningly good. His role is an exceptionally difficult one but he makes it work (for the most part). Admittedly, there are a few key scenes where Kinnear comes across as comedic but that has more to do with the way that the specific sequences are presented. Sadly, these moments will take many viewers out of the movie, so it is vital that we bring them up.

The finale was briefly mentioned earlier but it is so undeniably memorable that it worth discussing further. The last 20-minutes of Men is one of the most disgusting, shocking and awe-inspiring endings to a movie that you will ever see. Whether these descriptors are positives or negatives is unclear but they are true all the same. The question is, does the movie manage to earn such a horrific ending? Maybe not, but it makes a massive statement all the same.

When you consider the product as a whole, Men is a tension-filled horror experience with a final act that is perhaps best described as a symphony of vulgarity. This is not Alex Garland’s best film but it is certainly one worth watching due to its incredible craftmanship and confidence.