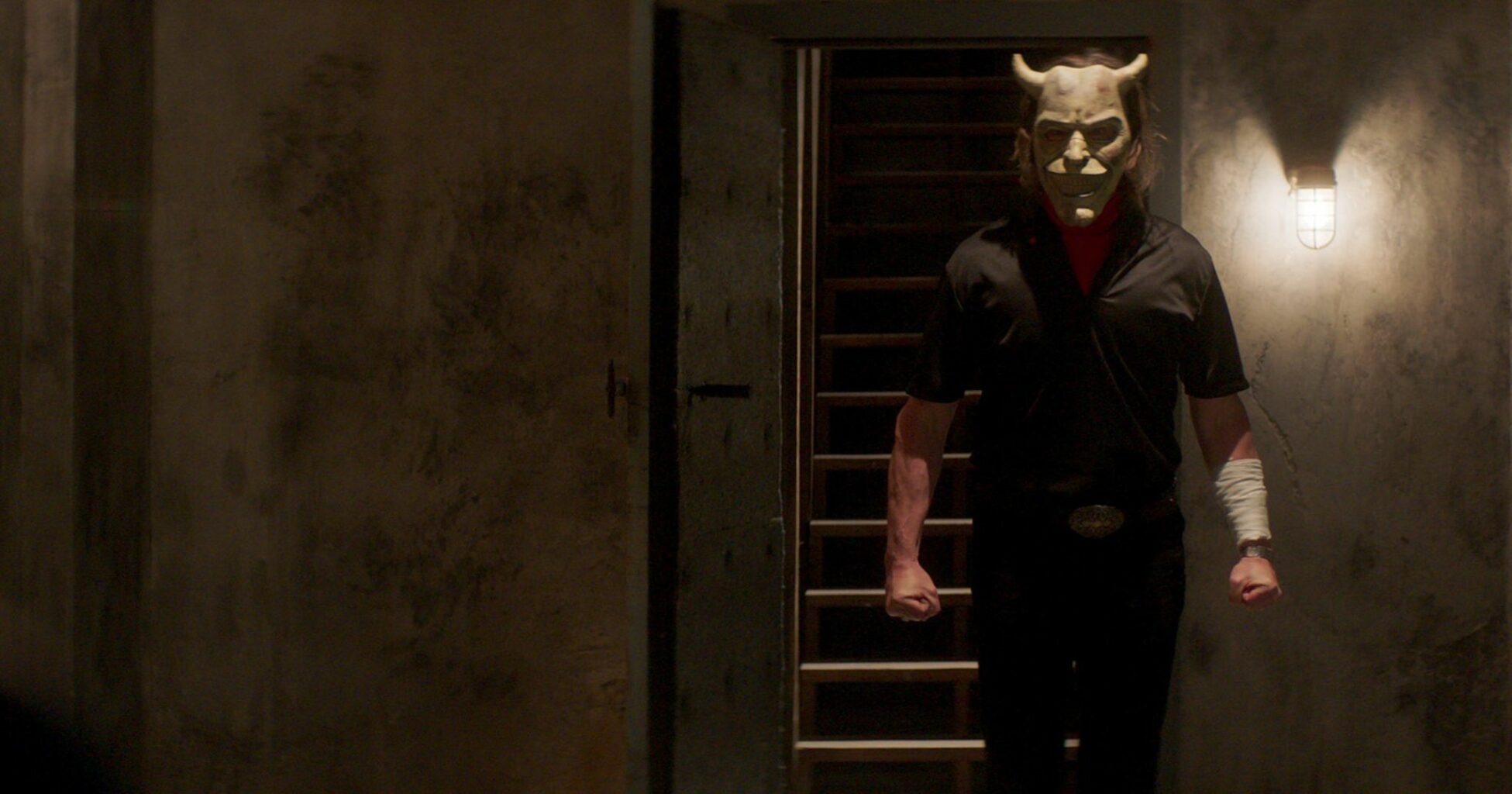 The line between the thriller and horror genres can sometimes be a little blurry. There is no doubt that each category often adopts elements of the other and can sometimes deliver fantastic results in the process. In fact, many filmmakers have attempted to blend both genres completely but few have been able to create a fine balance without falling onto one side or the other. Co-written and directed by Scott Derrickson, The Black Phone is a thriller wrapped up in the sheath of a horror picture. While it sometimes struggles to exist in a certain genre, the superb lead performers and engaging story allow this to be a deeply enjoyable movie.

After being captured by a masked killer, a young boy must use supernatural forces to plan his escape. This protagonist is played by Mason Thames. The supporting cast includes Madeleine McGraw, Ethan Hawke and Jeremy Davies.

The Black Phone clearly wants to be seen as a horror movie but never really manages to become one. It is certainly quite creepy and tense at a variety of points but it is never scary. This flaw is not glaring when you view the film as a whole but it is worth mentioning as a more frightening nature could have improved many scenes. However, if you look past this, the story is captivating and the actors are truly exceptional.

In some ways, this feature can be seen as a good entry point for young viewers looking to enter the darker world of cinema. Told from the perspective of young children, the narrative throughline has a youthful vigour without feeling cheesy. The plot moves quite briskly too and each act is resolved in a fashion that will keep audiences interested. Truthfully, all of this would not be possible without the performers at the helm.

As our leads, Mason Thames and Madeleine McGraw are extremely talented and play their roles very well. They carry a sense of maturity that never feels false but rather supports the story’s overall themes. At its core, this is a film about generational trauma. Thankfully, the cast carries the weight of this topic with the respect that it deserves. As expected, Ethan Hawke is incredible as the previously mentioned villain. Without explaining his history too much, Hawke vividly portrays a man who thrives on trauma and evidently has many layers to his psychology.

Although it can’t be called a true horror movie, The Black Phone excels when you consider it an outright thriller. Propelled by a simple plot and superb actors, this is a film that successfully provides an entertaining experience from start to finish.