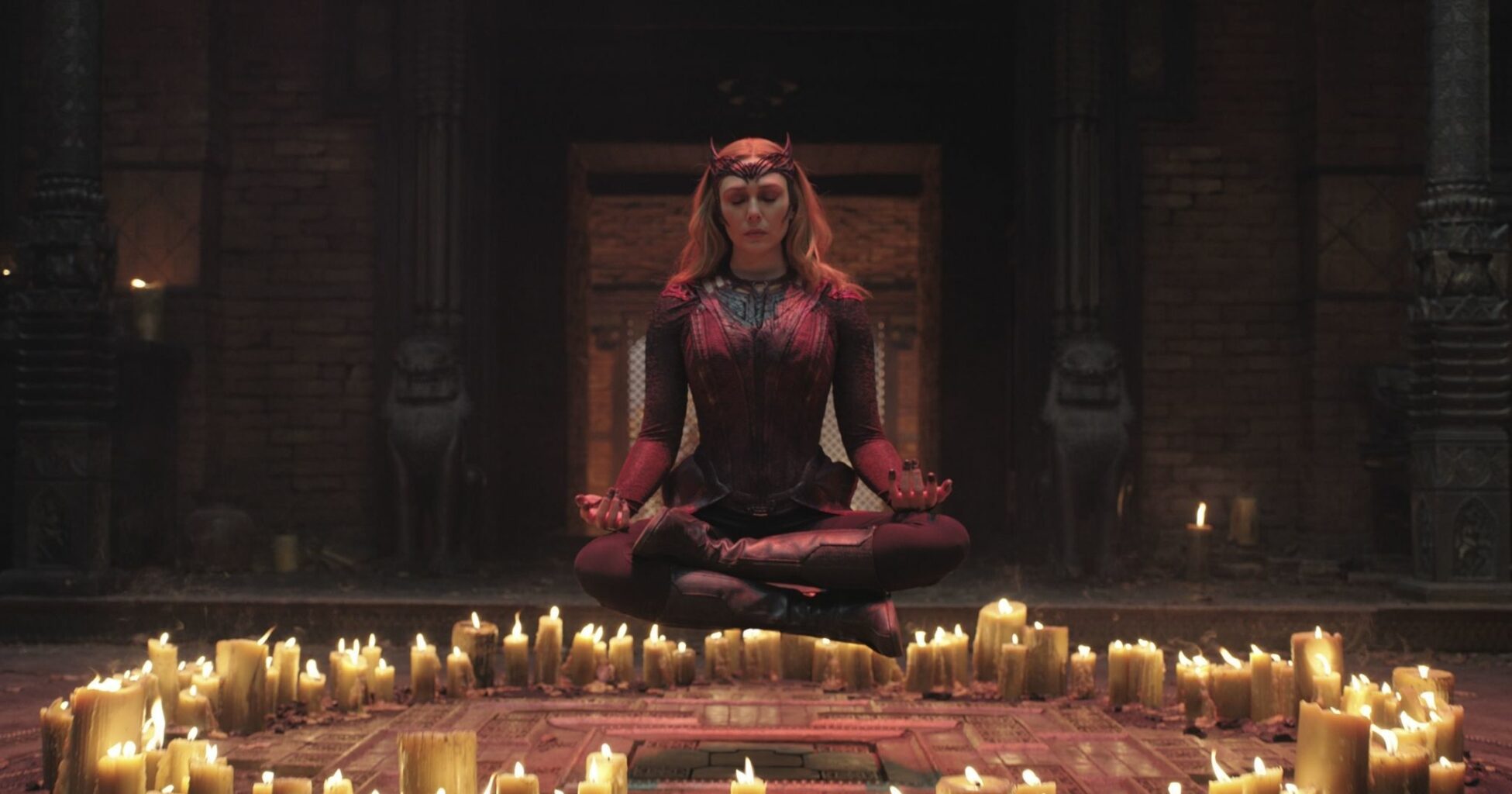 Heralded for the creation of an expansive cinematic universe, Marvel has continuously delivered crowd-pleasing features that have earned many millions at the box office. Despite this, countless viewers have critiqued the movies for having a predictable nature. While the MCU formula is still present, it seems like this franchise is finally willing to take some step outside of its comfort zone. Directed by Sam Raimi, Doctor Strange in the Multiverse of Madness is a violently entertaining adventure. Surprisingly implementing many horror techniques and tropes, this is one of the best Marvel films in recent memory.

Upon casting a forbidden spell, Doctor Strange must travel through the multiverse in order to save all those around him. Benedict Cumberbatch is our lead performer and he is joined by Elizabeth Olsen, Xochitl Gomez, Benedict Wong and Rachel McAdams.

It has come to be expected that every Marvel release is an action-comedy filled to the brim with quippy jokes. Thankfully, Doctor Strange in the Multiverse of Madness breaks away from these chains and is played quite straight. Of course, this is still a Marvel movie when it comes to many of its narrative choices but the removal of witty wisecracks allows for real stakes to be felt. Although, the lack of banter doesn’t mean that there is no humour to be found here. It may be serious in its script, but the picture’s lifeblood is without a doubt its pure adoration for over-the-top horror.

Implementing a variety of references and tributes to horror, Sam Raimi’s craftmanship thankfully makes many appearances during the 126-minute runtime. Doctor Strange in the Multiverse of Madness is both ridiculous and tense. One scene will be completely campy while the next will be effortlessly creepy. The film isn’t that scary at any point but the level of gore throughout will have parents questioning if they should have brought their kids. Overall, it has clearly been made by individuals that love horror and so they have managed to deliver a fun experience that never comprises its story or characters.

The serious side of the film’s tone is largely fueled by Elizabeth Olsen as Scarlet Witch. Dodgy accent aside, her portrayal of Wanda Maximoff is both tragic and terrifying. Simply put, Scarlet Witch is a horror movie villain through and through. Every scene she appears in exudes a creeping dread that accompanies her force of nature attitude. She may be surrounded by many ridiculous elements but her motivations and actions are always fairly believable. Marvel has never created a villain this spectacularly scary.

As for the character of Doctor Strange himself, his confidently charismatic personality is incredibly enjoyable thanks to Benedict Cumberbatch’s performance. He may not have the depth of his counterpart but there is one component to his psychology that many viewers will find rather relatable. Unfortunately, many of the other cast members add little value and do decrease the quality of the film somewhat. Xochitl Gomez and Rachel McAdams as America Chavez and Christine Palmer respectively are perfectly serviceable in their roles but their characters are mostly plot devices and hardly feel like real people. This becomes a noticeable issue in the second act, where the story slows down a little too much.

As expected, this is a movie with many CGI-filled fight sequences. Some shoddy green-screen effects are clear but this is a narrative featuring multiple dimensions so the consistent flow of animated visuals makes sense. Elevated by the horror elements mentioned previously, the artists behind the action scenes have crafted a feast for the eyes. Thanks to their skills, audiences will be laughing at a wacky image in one moment and thrilled by a multiverse montage in the next. A certain sequence featuring music stands out as a perfect use of CGI but it is best seen firsthand and not read about here.

Much of the hype for this film has been propelled by the expectation of cameos. Of course, there are a few surprising appearances but the movie thankfully doesn’t dwell on them for too long. Some may be disappointed by this fact but others will be relieved as these cameos are mostly fan service with little effect on the plot or characters.

Doctor Strange in the Multiverse of Madness is a delightful love letter to horror cinema. Exceptionally entertaining and often quite tense, this is a highly enjoyable adventure even if there are a few issues in between it all. For its originality within the superhero genre alone, this movie very well may end up being one of Marvel’s greatest.