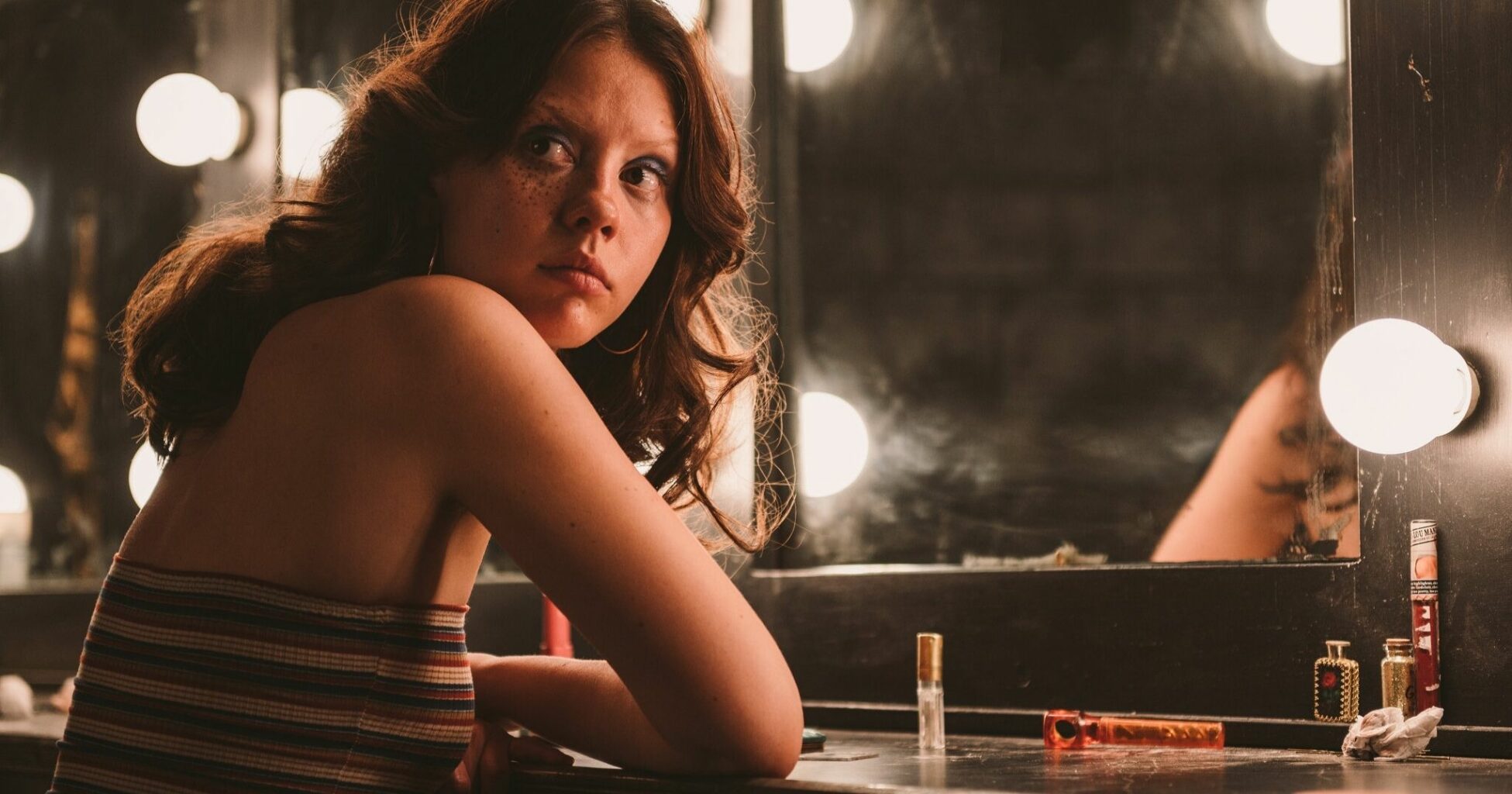 When done right, a cinematic release that harkens back to a previous era of filmmaking can be incredibly effective. By transporting audiences back in time, a skilled director can use simple methods to make the most of a specific genre. Written and directed by Ti West, X is an entertaining slasher fueled by an old school style. While it does feel a little long, there is enough substance within every scene to make this more than just a gore-fest.

Setting out to shoot an adult film on a Texas farm, a group of actors soon find themselves in a deadly situation. The cast features Mia Goth, Martin Henderson, Jenna Ortega, Brittany Snow, Scott Mescudi, Owen Campbell and Stephen Ure.

From the beginning, it is clear that X has been created by those that adore the 70s and 80s decades of horror. This adoration is reflected in the picture itself as the setting, costumes and cinematography all feel dated (in a good way). There are still many modern techniques implemented, but there is a raw flavour that can be felt throughout. This means that there are some slasher tropes that are utilised but these elements almost always benefit the overall tone of the movie.

Ti West clearly wants viewers to have an enjoyable experience that is familiar, so he uses a lot of archetypical components in the script. This isn’t a bad thing by any stretch but the narrative is most impressive when it expands beyond this. What appears cliche in the first act is fleshed out as time goes on and certain characters receive a lot more exploration than you would expect. Of course, there are many fantastically violent kills but there is also a surprisingly refreshing amount of depth to the psychology of a few key individuals in the story.

Focusing on the horror element for a moment, the film isn’t that scary but it is frequently tense at many points. One particular moment involving a lake induces a lot of anxiety while still being photographed in a gorgeous manner (thanks to Eliot Rockett). There are also several images that are notably creepy and do a great job at establishing a chilling scenario.

At its best, X is a combination of amusing slasher fun and well-written characters. This is possible due to the fact that many scenes are given enough time to breathe. Unfortunately, this is somewhat of a negative as well since the movie is too long for what it is. At 106 minutes, the middle act feels like it drags on too leisurely. If 15-20 minutes were cut, the film would have been a tighter and better experience overall.

For fans of the slasher genre, X is certainly worth a watch. With more character depth than you might expect, this is a film that is both entertaining and thought-provoking. Although many scenes overstay their welcome, there is a lot to love in this throwback release.